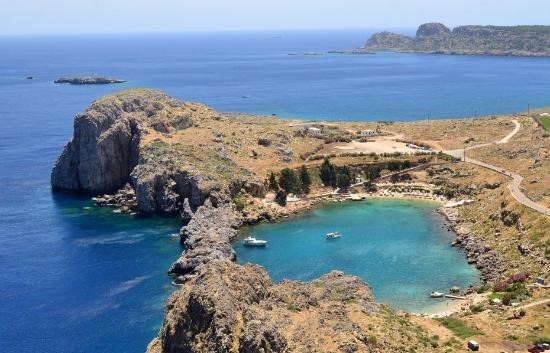 St Paul’s Bay is a picturesque bay just south of Lindos, on the southeast coast of Rhodes. It is claimed that St Paul landed here in the year 51 AD to preach Christianity to the Rhodians. There are two beaches in the bay. The large beach, at the southern end, is a manmade beach with golden sand. The smaller beach, at the northern end of the bay, is a mix of sand and gravel. The beaches in St Paul’s Bay are relatively uncrowded and very relaxed.